This post was inspired by @forestgatebijou (fellow Forest Gate house restorers) who Instagrammed a pic of some wallpaper they’d uncovered while renovating. Which set me off on a nostalgia trip, lamenting the lost patterns of yesteryear. 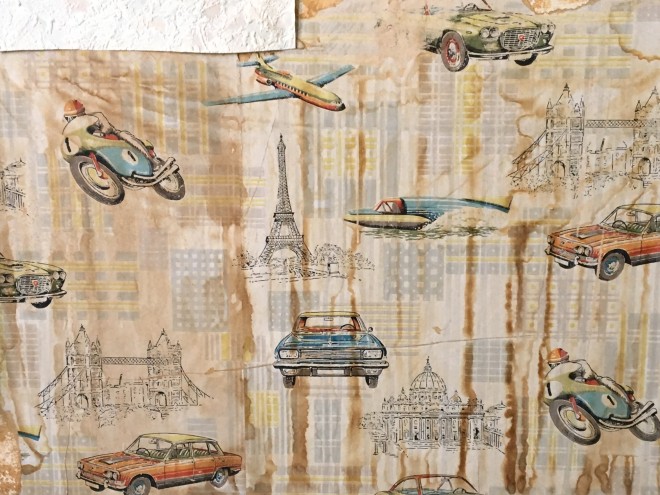 First up is this gem which we found behind the radiator in the back bedroom. I really wanted to try and save a section for framing, but the message didn’t get through to the crew, so this photo is my sole memento. I love to imagine the excitement of the little boy  whose room it was (given the era I’m assuming it was a boy), when it first went up.

And, with apologies for the terrible resolution, (it was taken several phones ago) there’s this. We found it under the floor at our old house when taking up a carpet, sadly too brittle to save.

I also love my collection of Midwinter Madeira pattern crockery, which called to me from a Columbia Road shop window just as we were buying the house, and this little Llangolen dish picked up in a charity shop in Rye.

Plus of course everything ever designed by Lucienne Day.  Still saving up for some Calyx Curtains.

Not quite sure what it is about mid-century pattern – it might be to do with the use of colour, or maybe the (deliberate?) imprecision of the shapes. Whatever it is, for me it has a verve which contemporary work struggles to match.