I was a tiny bit tempted to tidy up before I took these pictures, but I decided against it. Firstly because who wants to tidy their utility room on a gloomy February evening. And secondly because it would be cheating. 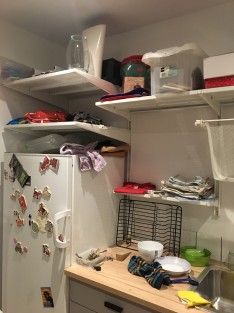 The truth is that without this slightly chaotic space, which occupies the other half of the cellar to the man cave, the rest of the house wouldn’t be half so calm. It’s the flapping swan’s legs under the serene glide, the violin virtuoso’s 10,000 hours, the…you get the picture.

It was also our saviour in December 2017 when, three months after moving in, it became our second temporary kitchen. Basic, a little too small for a family of four, but crucially inside the house and with hot running water – a step up from the garage kitchen we’d been occupying for the first onslaught of the Beast from the East. (It was great saying goodbye to the launderette too). 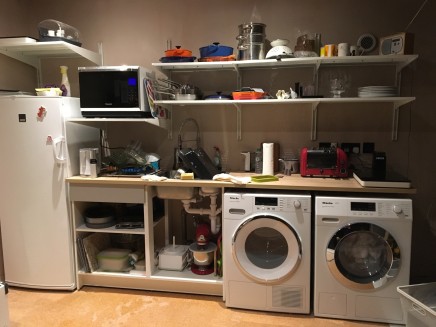 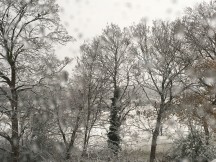 The shelving is the IKEA Algot system which is happily versatile. Once we no longer needed to house our pots, pans and table top oven (a Panasonic, which was brilliant and even served us for roast dinners) we kept the uprights in situ but swapped the shelves for baskets on runners, to help manage the laundry.

The idea is that the baskets live in our upstairs laundry cupboard until washday, when we work our way down the house collecting as we go. The multiple loads can be stored off the floor and sorted by room/owner for the return journey. Ironing (when we do any) hangs on the rail to the right. 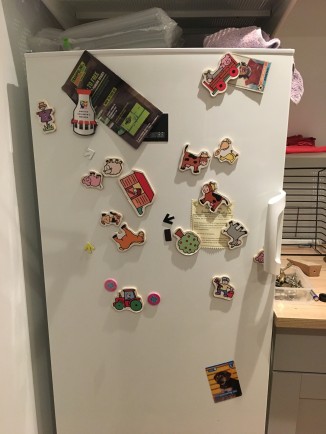 The overflow freezer is an important component in our car-free life as it, together with the floor to ceiling cupboards in the kitchen, means we can bulk order all the boring groceries once a month and then top up locally.  The heated airers from Lakeland are great for drying delicates and (I think), greener than the tumble drier – In theory they can be folded away when not in use but in practice…

The rest of the space is storage for tools and cleaning materials and as glamorous as you’d expect. I’ve promised myself not to tinker this year, but I am quite tempted by a sliding screen or panel curtain to reduce the visual chaos. Completing the engine room feel we have our ethernet hub tucked under the stairs.